TiNY was created by Anna whilst Artistic Director at Replay Theatre Company.  It toured extensively across Northern Ireland and visited every single Sure Start in Belfast as part of the strategic run-up to BabyDay.

In 2015, through funding from the SA/UK fund, TiNY toured hospitals and clinics in Cape Town in collaboration with Magnet Theatre.  During this week of touring, Anna ran intensive workshops with Magnet as the beginning of the creation of South Africa’s first ever show for babies, SCOOP, a Kitchen Play, directed by Koleka Putuma which subsequently toured internationally.

People from this area won’t go into the city centre, it’s like there is an electric fence at the top of the whiterock and at the bottom of the park centre- they simply do not venture outside their own area. You coming to them is so important- this is now the most deprived area in NI. These parents are dealing with debt and paramilitaries- many of them don’t have the capacity for interacting in this way with their children. I’ve seen children who are wired for chaos and today I witnessed them being re-wired for calm. Child Psychologist, Sure Start 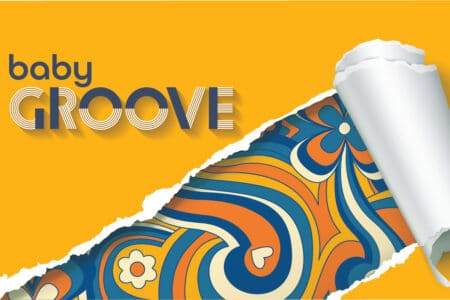 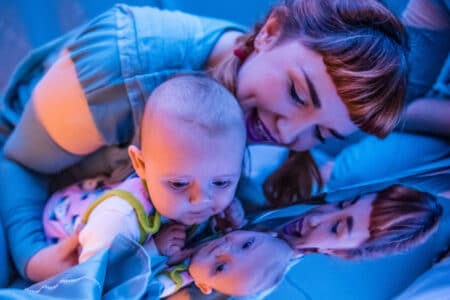 A magical adventure of song, lights and textures for babies aged 0-12 months.